Thomas Tuchel called on fans to “show respect” after Chelsea defender Antonio Rudiger was hit by missiles thrown by Tottenham supporters at Stamford Bridge on Sunday.

Rudiger was struck by a lighter thrown from the away section during the second half of Chelsea’s 2-0 win over their London rivals.

The German had accused Tottenham fans of making racist gestures at him during a previous match between the clubs in 2019.

The incident on Sunday was the latest ugly fan-related problem to rock the Premier League this weekend.

At Everton on Saturday, home supporters threw a barrage of bottles that hit Aston Villa duo Matty Cash and Lucas Digne after Emiliano Buendia’s goal in the visitors’ 1-0 win.

Chelsea boss Tuchel admitted fans must behave and respect their interactions with players and managers.

Asked if recent events had him concerned, Tuchel said: “I’m not worried, but you are right, I sent the message to our fans – support us, we love to have them close to the pitch, we love a brilliant atmosphere and that they are not behind fences or nets.

“From there everybody needs to show respect. But in general I’m not concerned. Right now I enjoy the atmosphere.

“If this is a new trend we need to act together to make sure that it stops as soon as possible, to protect the fantastic environment and unique atmosphere of England.”

On Rudiger being struck, Tuchel added: “I just heard it some minutes ago, I was actually not aware of all this during the match.

“I think it was during a corner or around the corner, but I have zero information on that.” 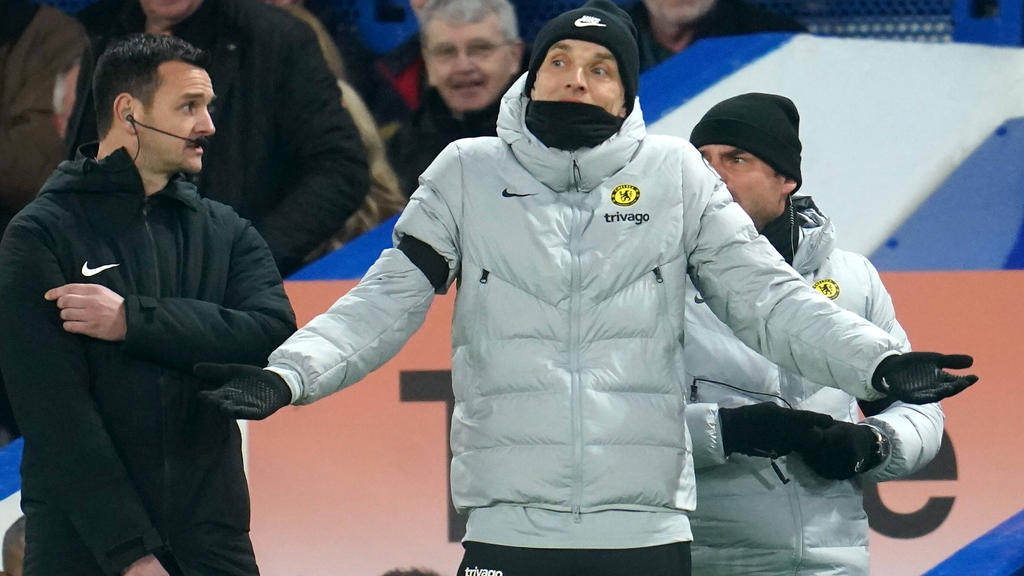