Harry Kane knew he could ill afford to waste another season of his prime years at Tottenham, but Spu

Harry Kane knew he could ill afford to waste another season of his prime years at Tottenham, but Spurs’ refusal to entertain Manchester City’s interest has left the England captain stuck in a side going nowhere fast.

Yet to score in the Premier League this season, Kane cut a frustrated figure as Spurs were blown away in the first-half of Sunday’s north London derby to lose 3-1 to Arsenal and fall into the bottom half of the table.

Any semblance of optimism around the club after keeping Kane against his will and winning Nuno Espirito Santo’s first three league games in charge has quickly vanished.

Three consecutive defeats, by a combined score of 9-1, have been the reality check of where Spurs stand and why Kane wanted to leave to add trophies to individual accolades and goalscoring records.

“We lost complete control in the first-half. We got smashed,” said Spurs captain Hugo Lloris.

“When you concede three goals in each of the last three league games you cannot hide the problems.”

Had Kane have had his way, he could have been leading the line for City this weekend as they beat Chelsea to show they remain the side to beat in the title race.

Next up City travel to face Paris Saint-Germain in the pick of this week’s Champions League ties. Tottenham, by contrast, host Slovenian side NS Mura in the Europa Conference League.

That was not the level Kane envisaged playing at when he signed a six-year contract in June 2018 just months before Tottenham moved into a new £1.2 billion ($1.6 billion) stadium and reached the Champions League final for the first time.

But they do not have the team or manager to match those surroundings.

Nuno was finally hired, nearly three months after Jose Mourinho was sacked, when initial approaches to bring back Mauricio Pochettino and for Antonio Conte failed.

The Portuguese did not hide from his responsibility for Spurs’ latest defeat.

However, there are already doubts as to whether the former Wolves manager is the man to bridge the gap to the top four in the manner Pochettino did to qualify for the Champions League four years on the spin between 2016 and 2019.

Any chance of overhauling one of the established top four of City, Chelsea, Manchester United or Liverpool would depend on Kane finding his best form.

But he looks mentally and physically drained from a summer of transfer speculation and the disappointment of England’s Euro 2020 final defeat on penalties to Italy.

With supporters back in stadiums and the after-effects of the failed European Super League project lingering, Spurs chairman Daniel Levy feared he would face a fans revolt if he sold last season’s top scorer in the Premier League.

But even with Kane, Tottenham have gone backwards in the past two years.

The chance to sell the 28-year-old and rebuild the squad with the windfall was passed up.

On the evidence of the first two months of the season, that has been an opportunity missed for both player and club. 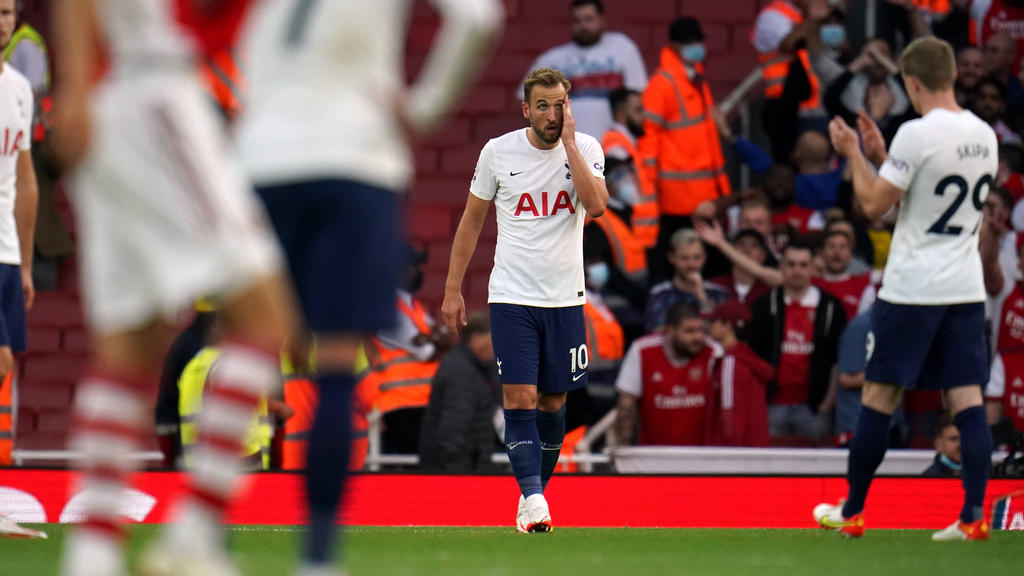