Ralf Rangnick says Manchester United do not deserve to play European football next season if they carry on performing in such a limp fashion as in Saturday’s 1-0 defeat to Everton.

The German has failed to spark the revival the Manchester United board were hoping for when he stepped in as interim manager after Ole Gunnar Solskjaer was sacked in late November.

United have won just eight of the 17 Premier League games Rangnick has been in charge for and Saturday’s defeat leaves them six points off Tottenham Hotspur, who occupy the fourth and final Champions League spot.

Rangnick, who is due to stay on as an advisor once a full time replacement is named, says based on the Everton display United are lacking in what is required to play in Europe.

“If we play like we did here we just don’t deserve it,” said Rangnick.

“The players themselves should be eager to play international football, if possible Champions League.

“In order to qualify for Europe you have to be able to score in 95 minutes in a game like this.”

Rangnick was embarrassed by his side’s inability to score against an Everton side that had lost 3-2 to fellow strugglers Burnley in midweek.

“With all respect to Everton — because they have a good team — but if you don’t score against a team who conceded three goals against Burnley, you cannot expect to get anything out of it,” said the 63-year-old German.

Rangnick dismissed the idea that speculation over who will be the next manager had distracted the players.

Ajax’s Dutch coach Erik ten Hag is strongly rumoured to be next man tasked with reviving United as a title contender after years of disappointment.

He will be United’s fifth permanent boss since the departure of Alex Ferguson as a Premier League champion in 2013 — this will be the fifth successive season they have finished without a trophy.

“I don’t think this should be an excuse,” said Rangnick.

“We are Manchester United. We have lots of international players. There shouldn’t be an alibi.

“There will be a new manager next season. If this is announced now or in 10 days it shouldn’t have an impact.”

“We’re not good enough, for sure. It’s going to be very difficult now to be in the top four,” said De Gea.

“We don’t score, we don’t even create proper chances to score.

“They had more desire than us, which is not acceptable.” 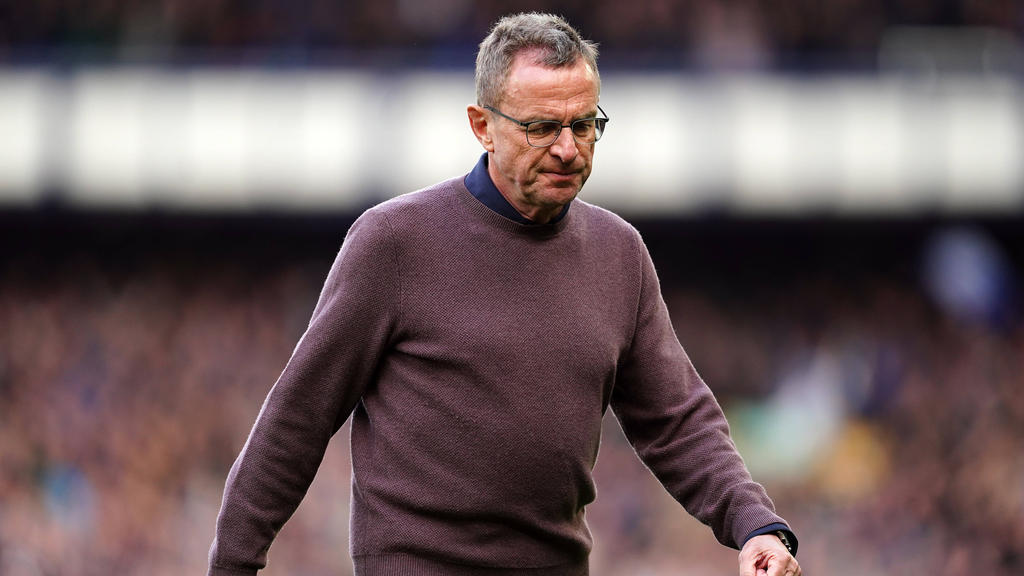